Another day, another algorithm update from Google. Except, unlike other updates, this one is rolling out at a much slower pace. In fact, it’s predicted to take about ten months before it’s complete, and according to Google it’s only affected about 2% – 3% of English language queries as of yet (source).

The likely cause of the gradual roll-out is to give those penalized by previous Panda changes a chance to stay above water. Assuming they’ve made the right tweaks to their website.

Staying with Google, this week they announced that they’re no longer forcing Google+ accounts on YouTubers (source). In fact, this is part of a larger policy change. Over the next few months, Google will be removing the need for a Google+ account from many of their services (source).

Depending on the scope and scale of this reversal, we might see some changes as to how we interact with the search giant. Google+ was never that popular or widely used, by removing the mandatory requirement, it might give those who don’t want to use a Plus account greater access to Google’s services.

Windows 10 Is Here and the Early Reviews are:

Well for the most part, they are good (source). However, at the time of writing, it’s being rolled out free to most Windows 7 and 8 users, so there’s still some more news to come as more people adopt the operating system (OS).

Even with that caveat, as of yet the consensus is that it’s a worthwhile update. The new OS improves over the issues users had with Windows 8 (that start screen being the biggie) and integrated a lot of the look and feel from the more popular Windows 7 and XP. It’s taken what worked in the past and improved upon it, instead of forcing some new gimmick on users.

Windows 10 has also abandoned Internet Explorer (IE). Once the staple browser of the internet in the early noughties, it has been surpassed by the more agile and stable Chrome and Firefox. The new browser, called Edge, has taken the competition to heart and has mostly abandoned the legacy protocols that made IE slow and cumbersome.

Considering Edge is still new, it’s too early to say what effects it’ll have on web development. Every browser behaves differently, so there’s a good chance that in the coming months (especially if Edge grows its market share) we’ll be seeing some challenges with how our websites behave in the new environment, and by proxy in how we develop for it.

Edge also comes with Microsoft’s new virtual assistant Cortana built right into the search bar. This means that it’s even easier to search using your voice. Cortana, being Microsoft’s version of Siri, has also been integrated throughout the OS. Making it great for those of us who like to use voice search, and since Windows users hold approximately 90% of the desktop market (source), the push towards voice search could affect how we all search the internet.

For example, when typing we typically default to shorter and more general keywords. However, when we ask a question the trend is to use a longer string of words. If voice search starts to surge, we might see a change in how we approach websites from an SEO perspective and their placement on search engines, including Google and Bing.

It’s still too early to tell what impact the new update will have for SEO or web development, but from the early reviews and feedback it appears that Microsoft has embraced the transition our desktops are going through. The OS contains a lot of what made it a favourite for many desktop users, but it’s also built in more mobile-friendly functions, lean apps, less bloat, and overall a more streamlined OS.

That about does it for this little news roundup, we’ll be keeping our eye on each of the developing stories, but what do you think? Did we miss anything else more important? If you have any questions about how these changes could affect your business, feel free to reach out to us. We’re always available to help.

Elements of a Successful Website for a Plumbing Business 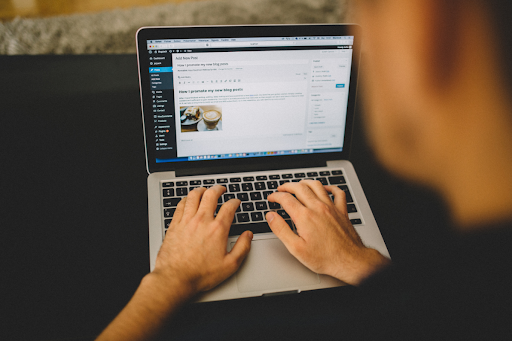